BSSC CGL Mains Result 2016 Cut Off,Answer Key – BSSC mains exam was concluded on 27th march 2016 at various exam center in Bihar. Candidates who appeared for the exam has given the feedback that the paper of General Awareness was above average type. Even many experts from coaching institute are having the similar opinion.

The first paper of section I i.e. HINDI mandatory for candidates to qualify. Copies of only qualified candidates of this paper will be checked at further stage. Second section was consist of General Science, Math and reasoning with total marks of 150.

It is rumored that the exam paper were leaked and available at the Whatsapp before the exam. Exam results of the Bihar Sachivalaya Sahayak mains will be published by end of April 2016.

Exam Paper for Bihar Sachivalaya mains was average type but scoring in individual paper was tough enough. All candidates who appeared in the exam of Bihar Sachivalaya can share their expected marks . Cutoff for exam with Answer key will be declared soon at this site. 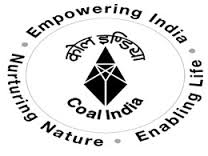