Union Public Service Commission (UPSC) has conducted the All India Written Test Exam for recruitment of Assistant Provident Fund Commissioner (APFC) with EPFO. There were 253 vacancies for UR..check the details Here

Exam were conducted By UPSC for APFC post after 2004. It is expected that there were nearly seven lacs candidates appeared in the exam of APFC on 23-09-2012 . Now one can imagine the competitiveness.

There are different views on the level of question paper of APFC by candidates. Few candidates found it average type where as maximum of candidates believe that the paper was very tough and cutoff will not go much.

What I believe that the toughness of Provident Fund Commissioner in EPFO written test depends on the level of preparation. Those candidates who prepare for the exam after keeping syllabus in front of them, they have done better in the exam. Question were totally from the syllabus.

There were maximum number candidates who already working somewhere and doesn’t get much time to prepare, where as we also have found many candidates who prepared for UPSC IAS exam and appear for APFC.

Depend on the candidates views for the exam, We expect that the paper of exam was little above average and cutoff will be as like the UPSC prelims. We expect candidates to share their expected marks of the exam so that we would analyze and find out the exact cutoff for APFC Exam by UPSC.

** This is the answer key submitted by one of the user, plz check for the accuracy….This answer key is for SET A 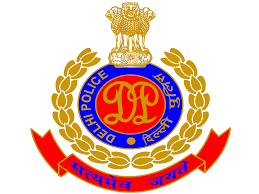